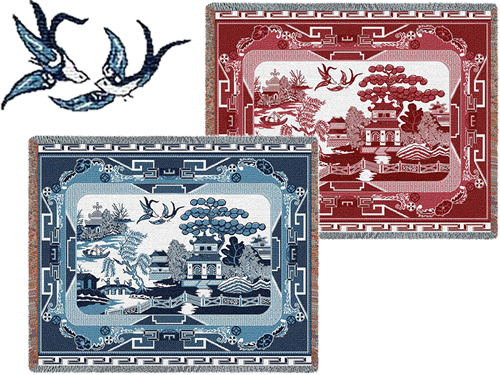 Pure Country Weavers makes Blue Willow Throws. They are large, 72” x 54”. The pattern is exactly the same as the one on my plates, the birds, bridge, pagodas, trees… all the motifs I love. They make them in blue and red. 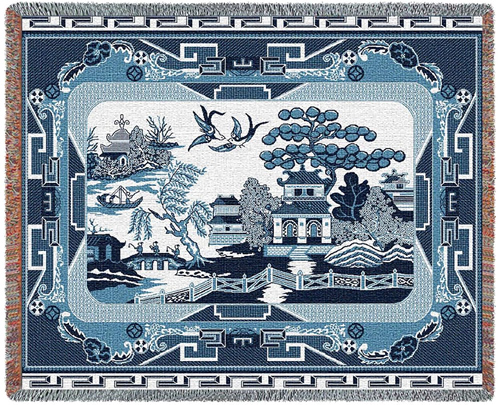 This is the blue version. It has all of the same patterns as the ones on my china. Even the bands from the outsides of the plate. 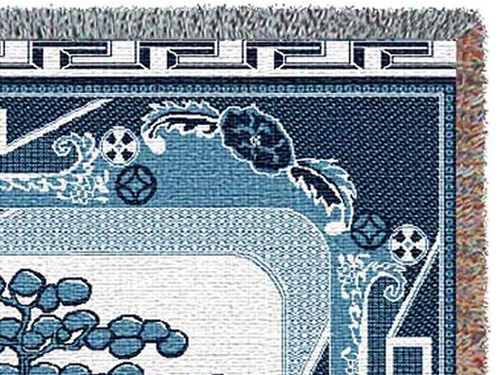 The blankets have a deep fringe all around. 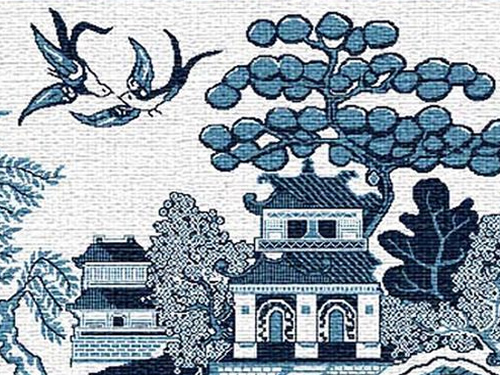 Here is some detail of the pattern. You can see how it is woven in.

This is the red version. Red has been a traditional color for Blue Willow transferware.  This looks just like the Red Willow I used to have. 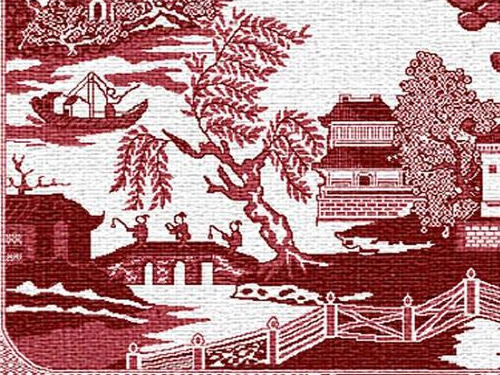 Here is more detail of the pattern.

Made in North Carolina

It says China, but it means like the pattern on the china, not that it comes from China. These are made in an American Textile Mill in Lynn North Carolina. 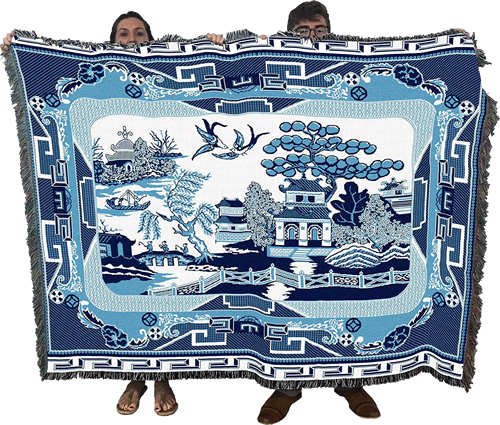 These blankets aren’t made just to hang on the wall. They are made to be used. They aren’t fragile tapestries. The pattern won’t fade away if you snuggle up under them.

The Blue Willow blankets are made of 100% cotton, soft, cozy and washable. They are durable. You can throw them through the washer and dryer. 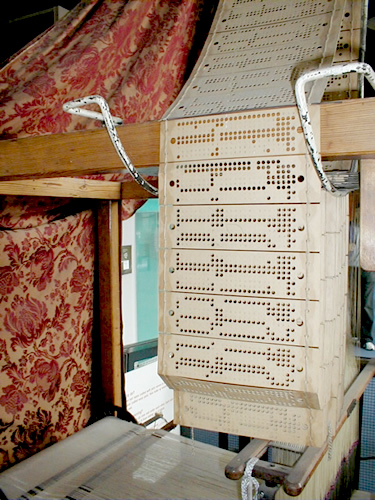 Pure Country Weavers is a family business. It was started by Margaret and Jay Clark, making Jacquard woven blankets. The company has grown. They now also sell woven placemats and tote bags. Their son, George W Clark is still the President.