Spode was founded by Josiah Spode in 1770.

At first this was applied to fine earthenware.  Then, around 1790, he started producing bone china. Bone china is really made with bone ash mixed with clay. It is very white and translucent. Bone ash was used by porcelain factories before, but Spode added kaolin clay, making it even stronger. By 1815, nearly all the factories in England were using Spode’s formula.

Spode produced a lot of Chinese-inspired china.  You can see a list of different variations on the Blue Willow pattern at Lovers of Blue & White > Spode Willow China

A lot of the pieces you find are marked as Copeland Spode.  William Copeland was Josiah Spode’s partner in the Stoke Potteries. His son, William Taylor Copeland, later bought out the Spode family in London Potteries.

Chinoiserie china patterns were very fashionable in the 1780s and ‘90s. The Blue Willow scene wasn’t new. It was already popular on import china. Spode made a lot of early Chinese-inspired landscape china patterns.

It seems the first English Blue Willow pattern, with the traditional birds, pagodas, bridge and fence elements, was produced by Thomas Minton for Spode around 1790.

Thomas Minton apprenticed as an engraver, making copperplate engravings to print the transfers for china transferware. Evidently, Minton worked on Asian landscape patterns when he was learning to engrave for transfers, but he didn’t create a Blue Willow pattern until later, when he was working for Spode.

The pattern started out in blue on white, but became popular in other colors as well, especially red on white.

They also made Blue Willow style Chinoiserie China with gold rims and pearlescent over glaze.

All of the Blue Willow patterns are pretty much discontinued now, except for the one that is part of the Blue Room Collection. 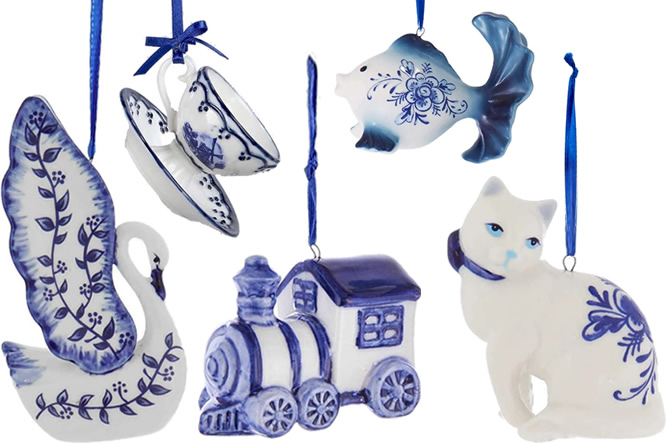 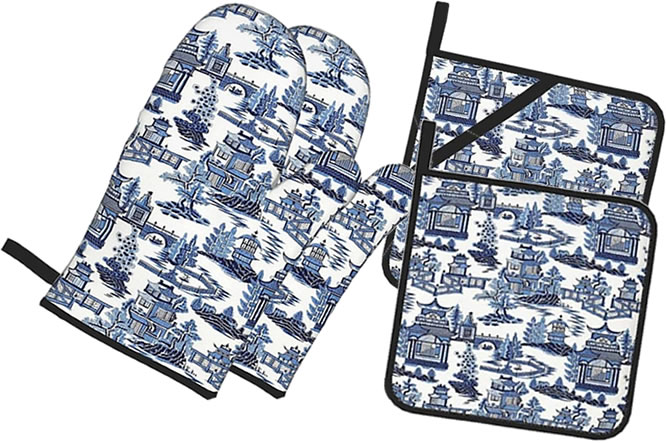 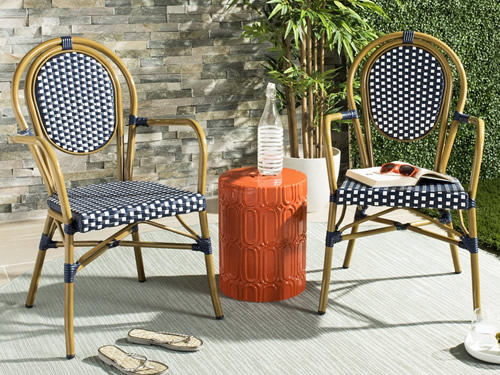 French Bistro Chairs were traditionally made of bentwood, bamboo or rattan with a cheerful woven back and seat. Newer versions can be found made with aluminum frames and PE (polyethylene) wicker that looks like wicker but can live outdoors without fading or rotting. In blue and white, these chairs are country, coastal or traditional. Blue… 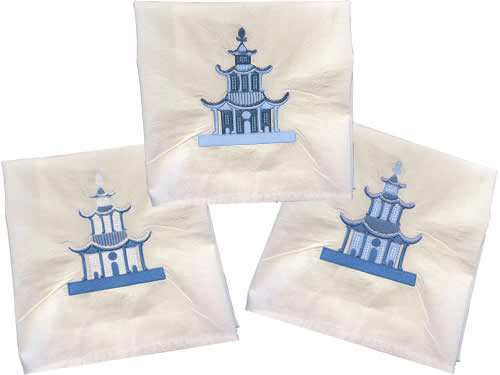 I found these wonderful embroidered towels on Amazon Handmade. Jessiemae does personalized and customized machine embroidery in a lot of different patterns. I love these! The towels are not hand made. They are 26″ square flour sack towels with hemmed edges and a corner loop. Jessiemae pre-washes them, so they won’t shrink and pucker if… 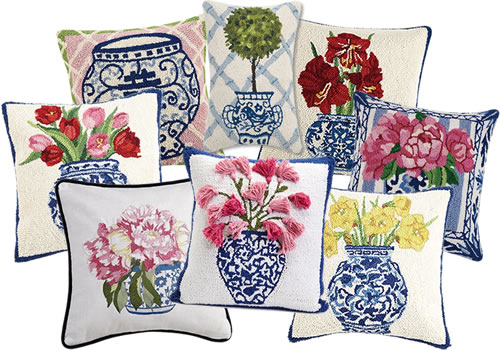 Peking Handicraft makes a lot of embroidered and hooked rugs and pillows. I have collected here some that have a Blue and White Chinoiserie theme. Peking Handicraft Topiary and Bamboo Lattice The blue bamboo lattice on this rug and accent pillow reminds me of the fence on Blue Willow dishes. Each pot has a different… 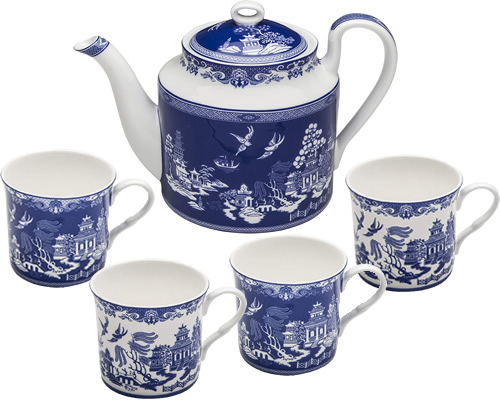 Grace Teaware makes a version of Blue Willow with the colors reversed, white on cobalt blue instead of cobalt blue on white. I really like it! It makes a nice contrast! The Blue Willow Design Teapot holds 32 ounces or 4 8 ounce cups. It is made of bone china, but is dishwasher and microwave…