Years ago, we bought a bunch of these plates and bowls at the China Pavilion at Epcot Center, Disney World.

There is a courtyard and all these shops selling Chinese merchandise, some of it really inexpensive!

If you like Blue and White, stop by. They have lots of things.

They are sometimes called “rice eyes”.

I don’t remember who told me that the pattern was made by putting rice into the clay that burned up when it was fired, but that is not true.

The pattern is made by piercing the mostly dried porcelain clay bowl before it is fired the first time. See the short video

This machine pierces all of the holes into a bowl at the same time.

After it is fired, a pattern is stamped, stenciled or transferred on. Usually in cobalt, but there are other colors, too.


The center of a bowl is called the cavetto. This slightly curved part has different pictures. Mine had a dragon or a flower.

Often the picture is something that is meant to represent longevity. Pine trees, cranes, spotted deer, special stones, peaches, and tortoises all meant blessings. Sometimes they are placed into a group, a picture, like a crane with a lotus or a deer with pine trees.

This bowl has a cobalt chrysanthemum.

Plum blossom
As the first flower to bloom each year, the plum blossom stands for renewal and emblematic of perseverance and purity. Its appearance while the weather is still cold makes it the flower of winter while spring belongs to the peony, summer to the lotus and autumn to the chrysanthemum. The five petals of the plum blossom are auspicious since the number five is sacred in China.

Lotus
The lotus is the flower of the sixth month and summer. It is a symbol of purity because it rises out of the mud to bloom. Lotus blossoms are often depicted as a throne for the Buddha, and the lotus is one of the Eight Auspicious Symbols of Buddhism.

Peony
Known as the ‘king of the flowers’, the peony is a symbol of royalty and virtue. It is also called the ‘flower of wealth and honour’ (fuguihua) and is widely used to represent wealth and honor.

In the center of this bowl is the character for longevity, a Shou character. The four squiggly things on the outside are meant to be bats. The word bat, fu, sounds a lot like the word for prosperity and good fortune.

This bowl has a more detailed dragon than the ones I had.

The Chinese dragon is the ultimate symbol of the cosmic energy qi and the most powerful symbol of good fortune. Ranked first among mythical beasts, it can bring rain to parched lands, which in turn represents abundance and relief. A dragon and phoenix (king of all winged creatures) symbolise the emperor and empress as well as marital bliss. The dragon is often used as an emblem of high rank and power on the robes of emperors and princes as well as on imperial art objects.

If you are trying to identify a piece, try watersilkdragon: Chinese Ceramics in the 20th Century – Deconstructing the ‘Rice Grain’ Pattern on Chinese Porcelain – Late Qing to PRC. There are a lot of details there on the different variations in the marks on the bottom, the motif and border in the cavetto, the borders on the inside and outside of the rim, the pattern and spacing of the “rice eyes” and any other marks.

Some rice pattern dishes have landscapes, with the pagoda, willow tree, boat, bridge, fence and other elements of Blue willow china.

They are very different from each other. Notice the bats that look kinda like mustaches on the outside rim?

This one has a lot of the elements, the pagoda, bridge. It’s a different day, though. Just one person on the bridge and no one is being chased. And five birds instead of two.

This one has a whole flock of birds.

Turning the Holes into Windows

After the pattern is applied, the bowl, or whatever piece it is, gets dipped over and over into clear glaze to create a little glass window over each pierced hole.

Here is a video of how they are made.

Did you see the man piercing the porcelain? It’s about 30 seconds in.

This is the machine. He puts the piece onto it and pushes down.

It pierces all the holes at one time, perfectly aligned.

Here is another video of them making rice pattern china.

The video is short, but shows how the bowls are made and pierced and how the patterns are applied.

Jingdezhen artisans have made rice pattern porcelain for hundreds of years. Some pieces are valuable, but modern ones are quite inexpensive.


Other patterns are pierced into porcelain, too.

When I went to Epcot Center, I bought six of the little bowls. They are ideal to eat rice with chopsticks. The steep sides prevent the food from running away from you.

I also bought one of the porcelain spoons. Friends saw it and bought me more and eventually I had quite a spoon collection.

What can you do with the spoons? You really can eat with them, but they are big to put in your mouth. You can serve with them, but they are a little small as a ladle. A woman from Szechuan showed me how she uses them. Rather than poking into her mouth, she picked up the large bits in the soup along with broth and ate it from the spoon. Kinda like using a dipper to drink water. She made it look easy, but it was really awkward for me.

I saw this cool chandelier made with the porcelain soup spoons instead of crystals.

Really so cool! Look at all the different patterns! I think I had this many spoons by the time their statute of limitations was up and I could pass them on. (You have to wait to get rid of a gift.)

Tuula McPhee came up with something else to do with them. She created this great Asian Ceramic Soup Spoon Flower.

She tells how she made it on her blog Color Me Thrifty: Asian Ceramic Soup Spoon Flower

I gave all of mine away when I moved. 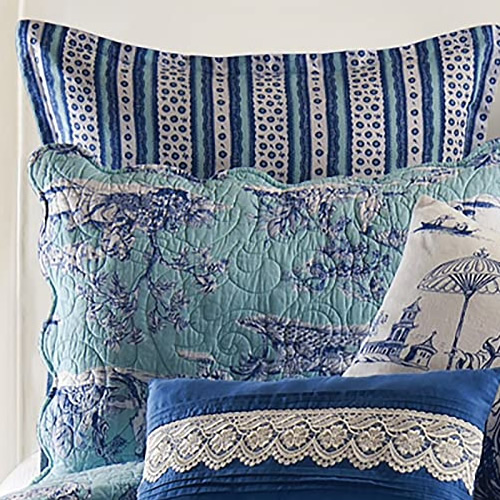 This beautiful bedding has a chinoiserie toile print in cobalt blue and white on a turquoise blue green background. The Hampstead Toile collection, by the Williamsburg brand, was inspired by an 18th century English fan found in the collections of The Colonial Williamsburg Foundation. This quilt collection features meticulously illustrated cobalt blue follies and geishas… 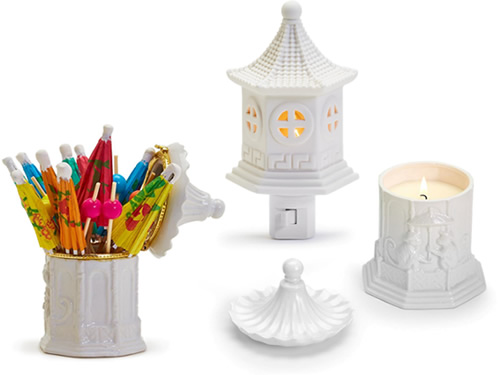 Anyone who collects Blue Willow is going to love these pagodas from Two’s Company. They coordinate beautifully with Chinoiserie. The Limoge box comes with hors d’oeuvre picks, some with little paper umbrellas. When the picks are gone, use the little box in the office to hold your paper clips. The porcelain pagoda candle holder has… 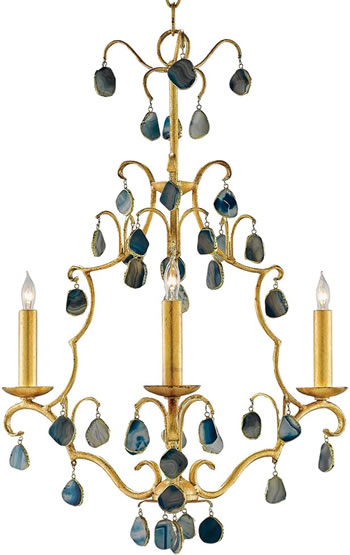 Agate is a natural mineral with beautiful bands or stripes. It is a type of Chalcedony, which is Quartz. Every slice of Agate is unique. It occurs naturally in shades of white, blue, red, green, yellow, orange, brown, pink, purple, gray, black or even iridescent. Often Agate is dyed. Brightly colored Agate is rarely natural….

They make a version of the memory foam mats with Cobalt Blue and White Ginger Jars printed on them. They are available as a single ginger or three ginger jars.      ﻿ They also come as a ginger jar or vase holding bird of paradise leaves, a monster plant, maidenhair fern, eucalyptus, or palm fronds…. 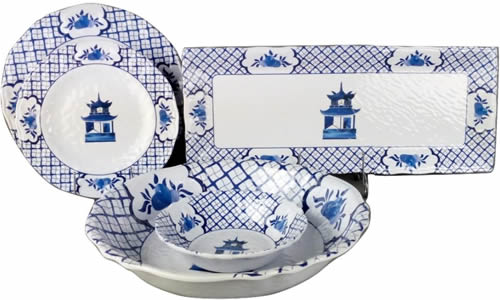 I have quite a collection of different Blue Willow towels. But, they are all made out of linen or thin cotton. 3dRose has little velour terry cloth towels printed in the Blue Willow pattern.  They are 15″ wide and 22″ long, just the right size for the kitchen or to use as hand towels in…