This windmill chandelier is new to me. It is a windmill suspended from chain with four sockets for vintage bulbs.

The Windmill Shelf that looks like a windmill with it’s tower scaffold. It can rest on a table or floor or be mounted on the wall.

The coordinating wall decor is nearly 40″ high, made of wood and metal.

The Progress fans only comes in 60″ wide. They are for indoor use only and cannot have a light kit. They come in Antique Nickel finish with White Barnwood blades or Bronze finish with Distressed Walnut blades.

Quorum International Windmill Ceiling Fans come in sizes from 44″ to 72″. They are available in three finishes, Galvanized, Noir Black or Oiled Bronze with Weathered Oak blades.  They are available rated for damp locations on a covered porch. Coordinating Light Kits are available.

Quorum’s Windmill Floor Fans are rated for damp locations, so you can use them on the porch.

This cage fan is on a windmill scaffold with the tail. It uses a USB, so you can plug it into a laptop port or into the wall with a plug block like a cell phone charger.

These cute little nightlights are made by Colonial Tin Works, Park Designs and TG, whoever that is.

These both spin and light up. They are charged by the solar battery, not by wind power.

When you search for windmills, you find a lot of Dutch windmills. The windmills I am thinking of, though, are the self-regulating farm wind pumps. They were invented in 1854 by Daniel Halladay.

Halladay’s windmills have a lot more blades than earlier windmills, so even without much wind, they would turn. The gearbox is in the tower by the blades. It turns a crankshaft to a rod in a cylinder.

I thought windmills were only water pumps, but they were also used to make electricity, run sawmills, grind grain or run other machinery. Everything a watermill could do, a windmill could do.

They use the same principal to generate light with this little LED Windmill.

The largest windmill museum in the world, is the American Windmill Museum in Lubbock, Texas.

The hundred-plus windmills inside have signage with manufacturer’s history and usage information making a leisurely stroll through the exhibit hall a very informative experience. Comprehensive guided student tours are available.

You can have your wedding there.

You can see 52 windmills at the Mid-America Windmill Museum, in Kendallville, Indiana.

There are a total of fifty-two windmills that have been restored and are on exhibit in the museum barn or outside on the museum grounds. A highlight of the museum is a replica of the Robertson Post windmill, a single stone grist mill with a 52 foot diameter wind wheel. The original Robertson was shipped from England and erected on the James River near Jamestown, VA. in the 1620’s.

Through video presentations, guided tours, exhibits, interactive displays, photographs, and a museum library, volunteers provide visitors the opportunity to learn about the history of windmills and wind power. 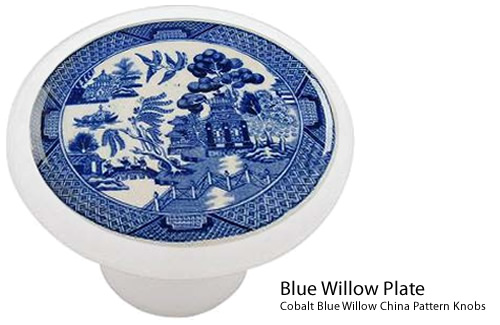 I’ve been looking for an option for the handles and knobs in our new kitchen. The countertops are going to be cobalt blue and I collect Blue Willow China. Here are three of options I have found. Blue Willow Plate Ceramic Drawer Knob These ceramic knobs are glazed white with a transfer tiny blue willow… 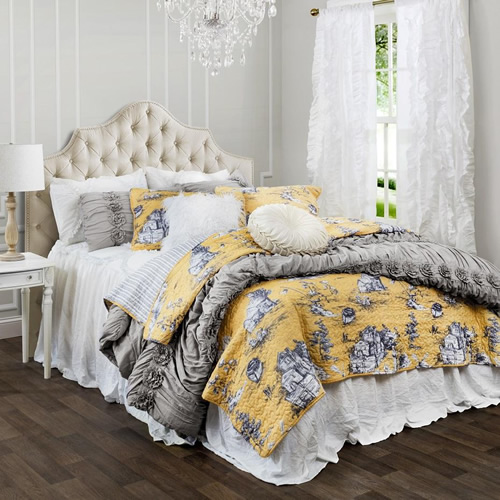 Cotton toile is a wonderful look that mixes with so many styles. The old fashioned print is traditional and adds a cottage feel. Lush Decor makes mix and match reversible toile bedding, window treatments and a shower curtain. The French Country Toile pattern that Lush Decor uses looks like a scene from an old village….

Blue Willow and other Chinese looking patterns are transferware. Transferware was developed in England sometime in the 1750s and became enormously popular. Transfer-printed dishes were affordable. Cobalt blue, like Blue Willow, was the most popular, but transferware was also available in green, yellow, red, pink, purple, cranberry, brown, black and gray. The style is timeless…. 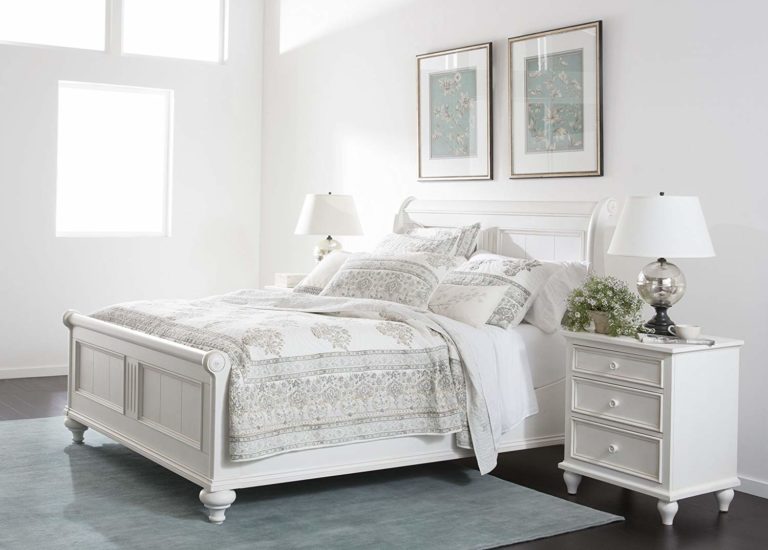 Did you know you can order Ethan Allen furniture on Amazon? The sleigh bed is a traditional romantic style that will perfectly suit your bedroom. The Robyn Sleigh Bed has the traditional higher headboard, coupled with a lower footboard. They’ve added a plank design for a subtle farmhouse touch. You always worry about the quality… 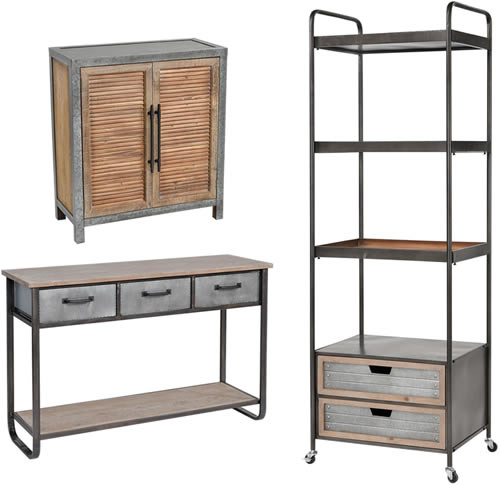 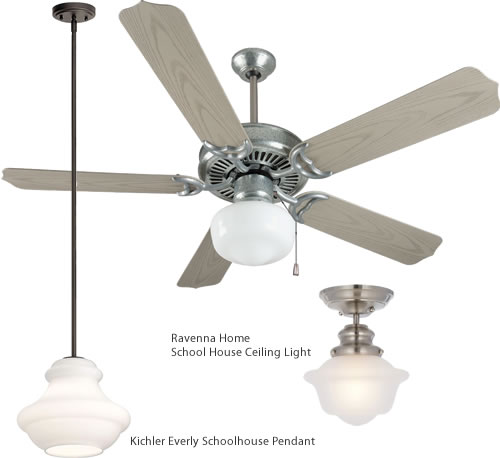 You probably already know what Schoolhouse Lighting looks like. When you shop for lighting, especially a fan light, it is labeled. But why is this called Schoolhouse Lighting? What I am going to write next is something I know. And it’s one of those things I know that I don’t remember where I learned it….