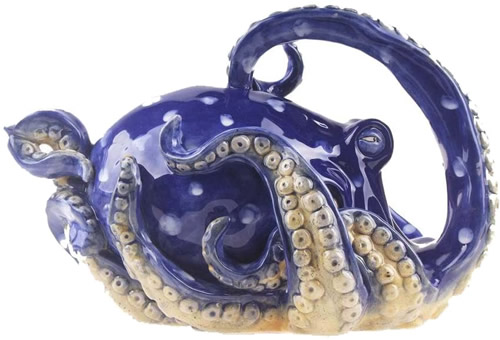 Blue Sky Clayworks has teapots, salt and pepper shakers butter dishes and cookie jars. They are made of durable ceramics. They are not just for display. You can really use these. 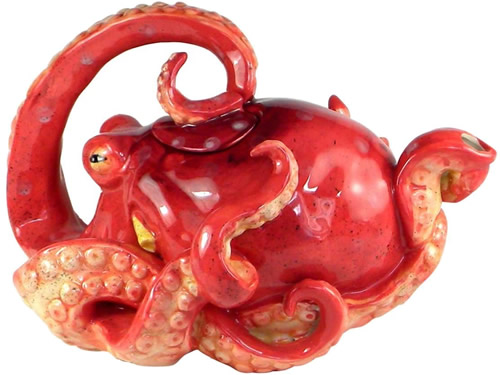 This teapot is absolutely wonderful. It is shaped like an octopus with a tentacle as the spout and another for the handle. 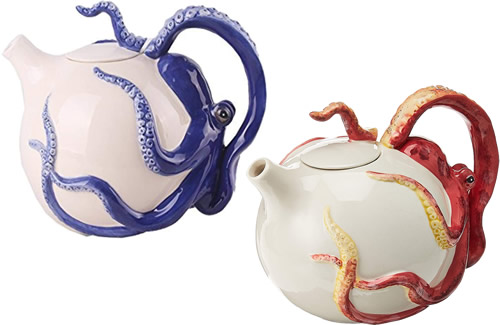 This one is nearly as cool. It is available with a blue or red octopus wrapped around a fat white teapot. 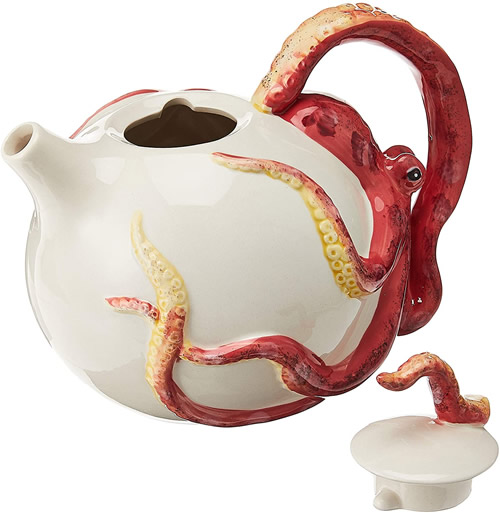 A tentacle makes the handle. Another tentacle ends on the lid to create a handle. 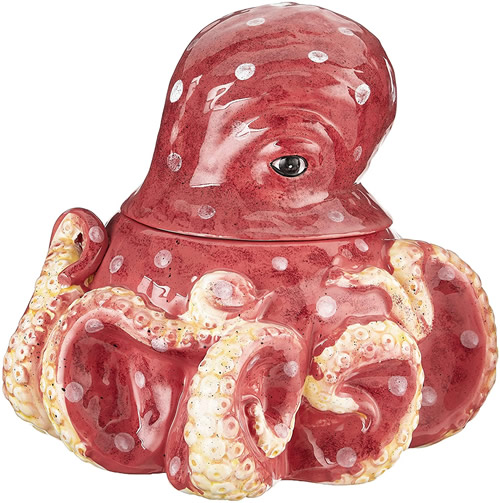 The cookie jar is a detailed fat octopus. The top of the octopus lifts off. 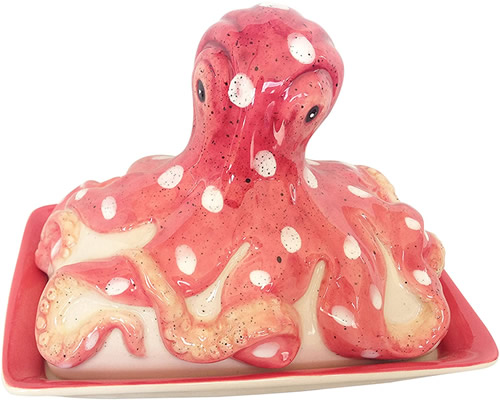 A spotted octopus is the lid of the little butter dish. 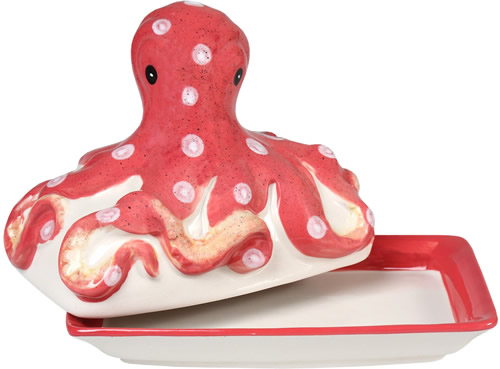 The dish has a band around the edge the same color as the octopus on the lid. 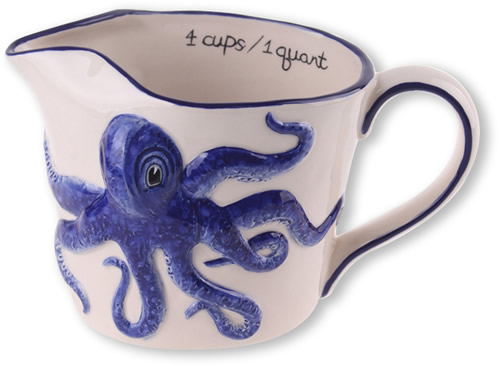 The measuring cup has a whimsical octopus. 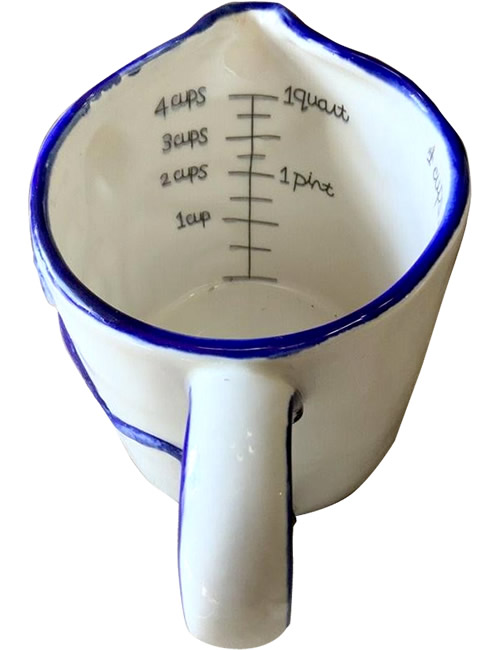 It is marked on the inside with cups, pints and a quart. 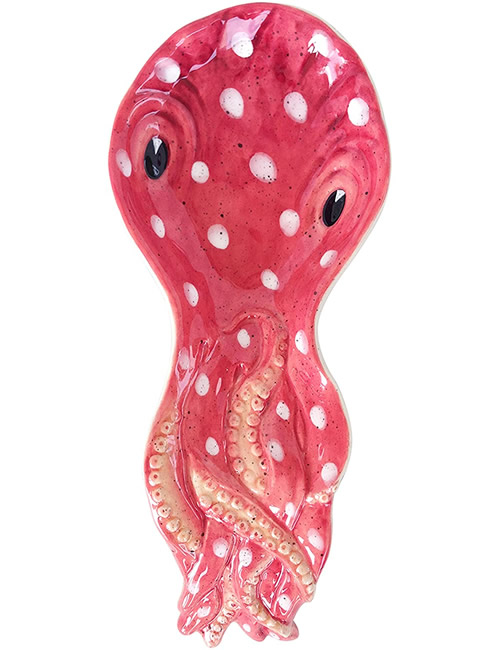 The spoon rest is a cute spotted octopus. 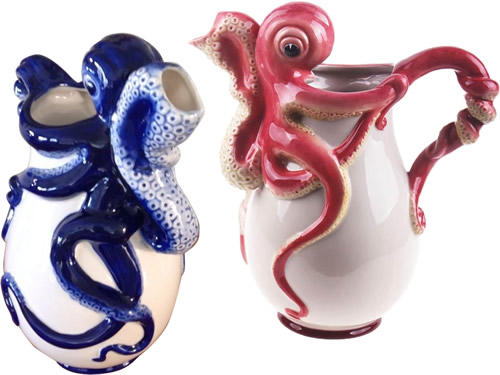 The octopus pitchers also come in blue or red with a tentacle for the spout and a winding tentacle handle.. 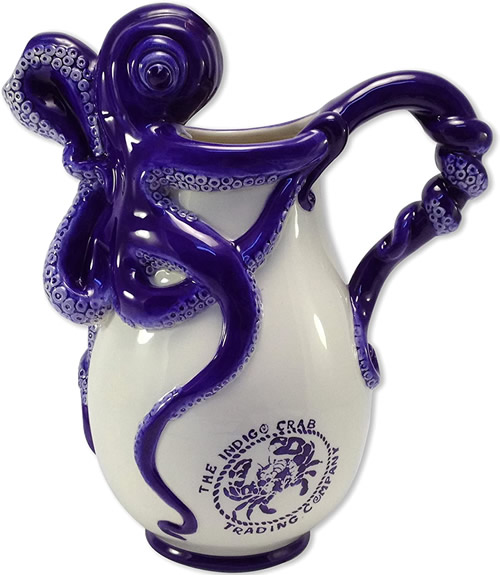 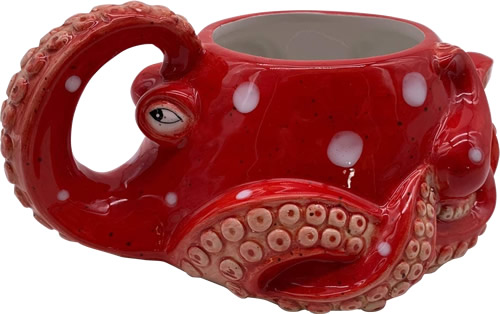 The octopus planter can be used outside. 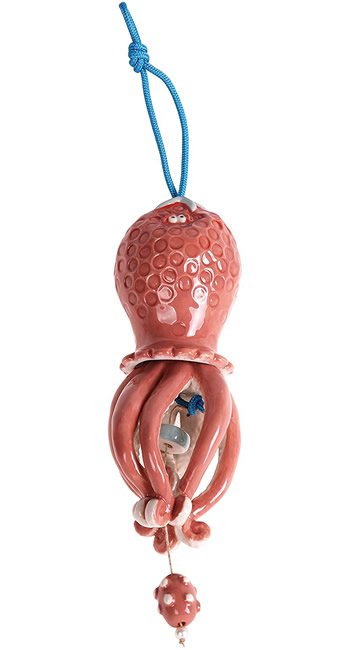 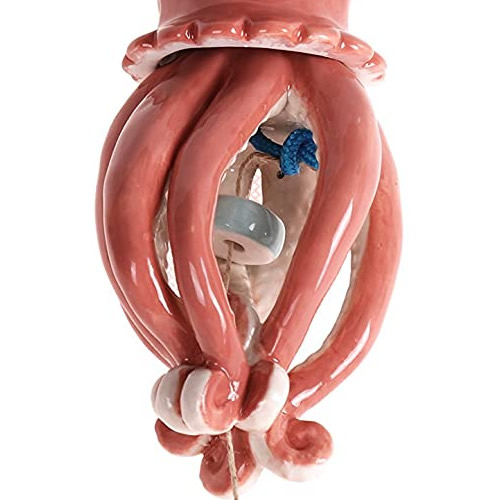 There is a ceramic bead that swings within the octopus legs to chime. 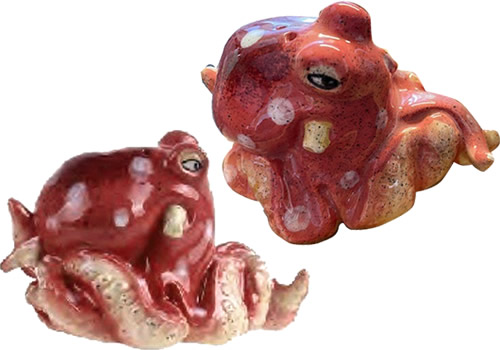 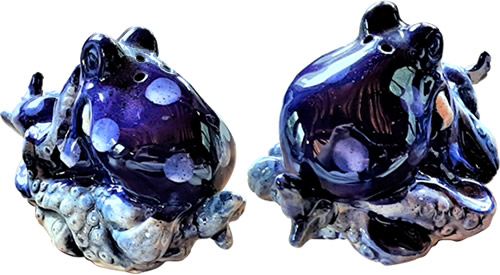 Ceramic artist Heather Goldminc has been designing whimsical pieces for Blue Sky Clayworks for over 20 years. She works from her home and studio on the west coast of Canada.

You can fine retired pieces on eBay.

Heather Goldminc is one of the most collected clay artists in North America. She lives and works on Vancouver Island, Canada and her pieces are highly sought after. Her work has been featured in Costco’s around the globe and she has created pieces for major companies such as Disney, Celestial Seasonings, Epcot Centre, Cracker Barrel, Home Goods – and your home! 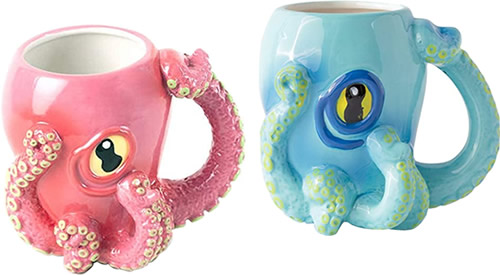 These adorable coffee mugs look similar to Heather Goldminc’s ceramics, but they have a little different style.

Pene­lope Gar­cia in Crim­i­nal Minds has this mug in pink. Watch for it on episode 4 of season 12. 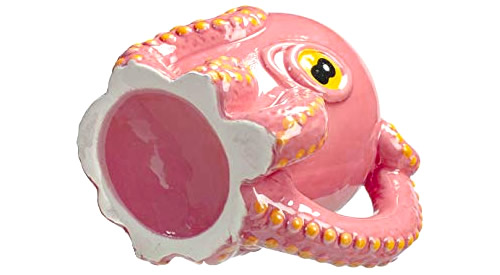